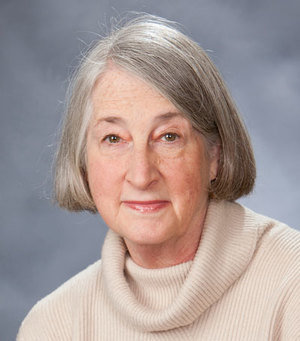 Susan Youens, the Department of Music’s J. W. Van Gorkom Professor Emerita of Music, has been granted Honorary Membership in the Royal Music Association of the United Kingdom (RMA). Honorary Membership of the RMA is conferred, according to the award citation, “in recognition of substantial and long-standing contributions to musical scholarship, including published work and other activities in the field, such as editorships, conference organization, interaction with performing institutions and public bodies, and work for scholarly associations including the RMA itself.”

Youens is widely regarded as one of the world’s foremost authorities on German song, and the music of Franz Schubert and Hugo Wolf. She is the author of eight books and one of very few people in the United States who have won four fellowships from the National Endowment for the Humanities, as well as fellowships from the National Humanities Center, the Guggenheim Foundation, and the Institute for Advanced Study at Princeton. In light of these and many other achievements, “one could hardly imagine a more substantial and long-standing contributor to the discipline of musicology,” said Department of Music Chair Peter H. Smith.

Smith notes that this is not Prof. Youens’s first honorary membership in an august scholarly organization. In November 2012, she was made an Honorary Member of the American Musicological Society, an award granted to those “long-standing members of the Society who have made outstanding contributions to furthering its stated object.”

The Council of the Royal Musical Association granted the award to Prof. Youens at its meeting on 11 May 2019, on the recommendation of the Awards Committee. She joins the Association’s select list of distinguished honorary members.