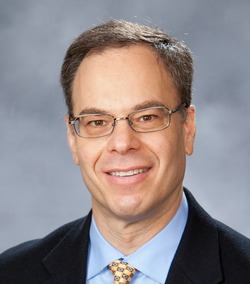 Peter H. Smith, Professor of Music and former Department Chair (2013-2019) and DUS (2007-2013 and 1999-2001), earned his Ph.D., M.Phil., and M.A. degrees in music theory from Yale University. While at Yale, he was a recipient of the prestigious Whiting Dissertation Fellowship. He also holds M.M. and B.M. degrees in viola performance from The Juilliard School, where his principal teacher was the famed Viennese violist Paul Doktor.

Smith’s research interests include the instrumental music of Brahms and related composers, Schenkerian approaches to analysis, and theories of musical form and expression. He has published articles on these topics in Music Theory Spectrum (1994, 2006, 2013, 2015, 2018), 19th-Century Music (1994), Journal of Music Theory (1995, 2000, 2006, 2014, 2016, 2019), Music Analysis (1997, 2001, 2009), Brahms Studies, volumes 2 and 3 (1998, 2001), Intégral (2007), Theory and Practice (2009), Journal of Schenkerian Studies (2013), Music Theory and Analysis (2016), and in the essay collection Rethinking Schumann (Oxford University Press, 2011). His book Expressive Forms in Brahms’s Instrumental Music: Structure and Meaning in His Werther Quartet was published by Indiana University Press in 2005. IU Press also published in 2012 the essay collection Expressive Intersections in Brahms: Essays in Analysis and Meaning, for which Smith served as co-editor and chapter contributor. He currently has forthcoming a study of Dvořák's sonata forms in Journal of Music Theory 64/2 (Fall 2020) and a comparison of Brahms’s and Dvořák's compositional approaches in Rethinking Brahms (Oxford University Press, 2022).

Smith regularly presents papers at the Annual Meeting of the Society for Music Theory, delivered the inaugural lecture for the Oxford University Seminar in Music Theory & Analysis (2018), and spoke at the Third, Fourth, and Fifth International Schenker Symposiums at the Mannes College of Music (1999, 2006, 2013). Additional international speaking engagements have included the Ninth and Eighth EuroMAC conferences in Strasbourg (2017) and Leuven, Belgium (2014), the Seventh International Conference on Music Theory in Tallinn, Estonia (2014), and invited lectures at the Asia Society (Hong Kong, 2015), Minzu University (Beijing, 2015), Beijing University (2019 and 2014), Fu Jen Catholic University (Taipei, 2013), and the National Taipei University of Education (2013). Smith also was a co-organizer for a conference titled Critical Perspectives on Schenker: Toward a New Research Paradigm at Notre Dame (1994) and has twice participated in the Mannes Institute for Advanced Studies in Music Theory (2002 Institute on Schenkerian Theory and Analysis and 2004 Institute on Musical Form).

In addition to his work at Notre Dame, Smith has taught graduate seminars as a Visiting Professor in the Department of Music of the University of Chicago during the winter and spring of 2004.