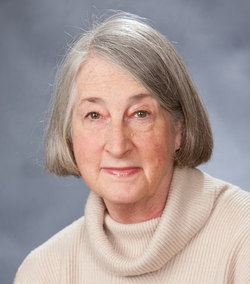 The musicologist Susan Youens is widely regarded as one of the world’s foremost authorities on German song, and the music of Franz Schubert and Hugo Wolf. She is one of very few people in the United States who have won four fellowships from the National Endowment for the Humanities, as well as fellowships from the National Humanities Center, the Guggenheim Foundation, and the Institute for Advanced Study at Princeton.

She is the author of eight books (Retracing a Winter’s Journey:  Schubert’s Winterreise, Cornell University Press 1991; Hugo Wolf:  The Vocal Music, Princeton UP 1992; Franz Schubert:  Die schöne Müllerin, Cambridge UP 1992; Schubert’s poets and the making of lieder, Cambridge UP 1996; Schubert, Müller and Die schöne Müllerin, Cambridge UP 1997; Hugo Wolf and his Mörike Songs, Cambridge UP 2000; Schubert’s Late Lieder:  Beyond the Song Cycles, Cambridge UP 2002; Heine and the Lied, Cambridge UP 2007) and over fifty articles in scholarly journals, including Nineteenth-Century Music, The Musical Quarterly, The Journal of Musicology, The Cambridge Opera Journal, Nineteenth Century Music Review, Music & Letters, The Journal of the Arnold Schoenberg Institute, Schweizer Jahrbuch der Musikwissenschaft, Il Saggiatore musicale. She also regularly writes program-booklet essays for song recitals at carnegie Hall, as well as numerous liner notes for CDs.

Dr. Youens is frequently consulted by such great artists as Graham Johnson, Roger Vignoles, Malcolm Martineau, and Margo Garrett and has collaborated with them in lectures, lecture-recitals, and master classes.

A member of the American Musicological Society for over forty years, Youens has served as an elected member of the Board of Directors, chair of the Pisk Prize Committee (a prize for the best paper by a junior scholar at the national conference), chair of the Kinkeldey Committee (the prize for best book by a senior scholar), and chair of the Publications Committee. In November 2012, she was made an Honorary Member of the society, an award granted to those “long-standing members of the Society who have made outstanding contributions to furthering its stated object.”

Dr. Youens was born in Houston, Texas and studied piano with Drusilla Huffmaster and musicology with Ellsworth Peterson before going to Harvard University for her graduate degrees. She taught at Washington University in St. Louis and Ithaca College before coming to the University of Notre Dame, where she has received the Joyce Award for Outstanding Teaching.