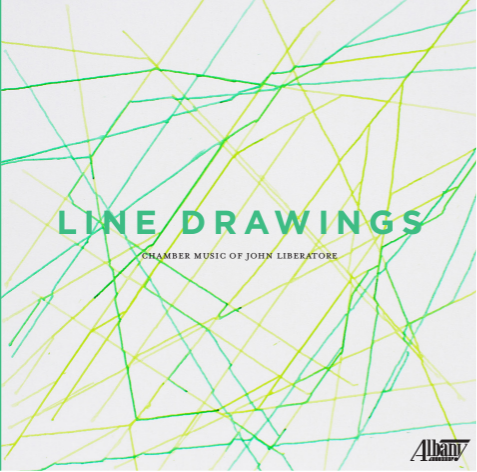 On August 1, 2018, the Albany Record Label released “Line Drawings,” a portrait album dedicated to the chamber music of Assistant Professor of Composition and Theory John Liberatore.

At the conclusion of the album, Liberatore appears as a performer on the glass harmonica, a rare instrument he acquired in 2016 through funding from the Notre Dame Office of Research.  Liberatore performs alongside soprano Jamie Jordan and famed percussionist Daniel Druckman, principal percussionist in the New York Philharmonic and Director of Percussion Studies at the Juilliard School.  This marks Liberatore’s debut recording as a glass harmonica player.

Liberatore describes the album in the CD liner notes: “… the works on this portrait album are an eclectic mélange of instrumentations and affects, sometimes whimsical or wistful, dark or light.  …  In writing these pieces, I strove for a transparency of texture and multiplicity through restraint.”

“It has been a thrill to collaborate with these dear friends and incredible musicians,” he said. “As a composer, it's humbling to hear my music interpreted with such nuance and clarity, and by people for whom I have such respect.”

Established in 1987, Albany Records specializes in classical music by American composers, performed by America’s finest artists.  According to their website, they are devoted to “interesting, imaginative releases” and “classical music that is off the beaten path.”   Their catalogue boasts premiere recordings of music by some of America’s most distinguished composers: Roy Harris, Morton Gould, and Jennifer Higdon, among many others.

According to the Music Department Chair Peter Smith, "The release of a portrait album is a crucial milestone for any young composer.  John's achievement is especially noteworthy for the esteem of the performing artists who have participated in the project; the discrimination of Albany Records as an important organ for such recordings; and above all, for the extraordinary artistic quality of the compositions themselves."  As an added "bonus," Smith also stresses that, through this recording project and his other activities, Liberatore has substantially enriched the cultural life on campus by hosting cutting-edge, high-caliber artists to perform recitals and work with our student composers on their creative endeavors.

Later this month, Liberatore will attend the prestigious Yaddo Artist Colony as an artist-in-residence where he will fulfill a commission from The Fromm Foundation of Harvard University.  Last year, he enjoyed similar residencies at The Millay Colony and The MacDowell Colony, where he was designated as an NEA Fellow.  Liberatore joined the Notre Dame Faculty in Fall 2015.