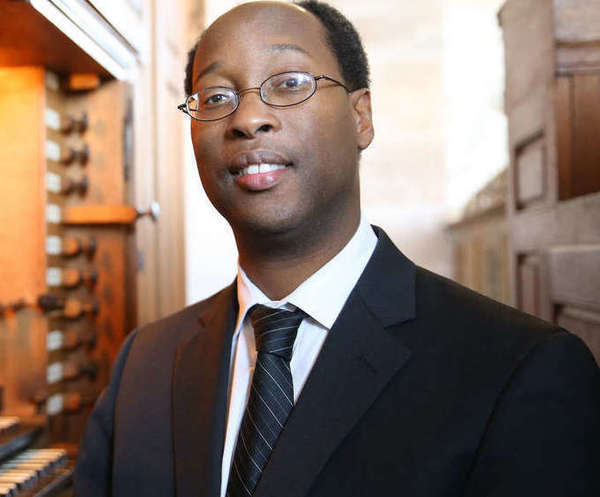 Kola Owolabi is Professor of Organ at the University of Notre Dame. There he teaches the graduate organ performance majors in the sacred music program, as well as courses in hymn playing and improvisation. He previously held faculty appointments at the University of Michigan from 2014 to 2020, and at Syracuse University from 2006 to 2014.

Dr. Owolabi has had an active career as a solo recitalist, including performances at St. Thomas Church Fifth Avenue in New York, St. James Episcopal Church in Los Angeles, The Memorial Art Gallery in Rochester, NY, St. Paul’s Anglican Church in Toronto, Cornell University, Pacific Lutheran University and Yale University. International venues include Klosterneuburg Abbey, Austria, Église du Bouclier in Strasbourg, France and the University of the West Indies in Mona, Jamaica. He was a featured performer at the American Guild of Organists National Convention in Boston in June 2014, performing three recitals at Methuen Memorial Music Hall. He also performed a concert for the Organ Historical Society Convention in Syracuse in August 2014. He has performed numerous concerts as organist and harpsichordist with the Grammy-nominated vocal ensemble Seraphic Fire and Firebird Chamber Orchestra, based in Miami, FL. He has released two solo CD recordings on the Raven label: “Sacred Expressions: Twentieth-Century Music for Organ” featuring works by Olivier Messiaen, Petr Eben and Calvin Hampton performed on the historic Holtkamp organ at Syracuse University; and Jacques Boyvin: Four Suites from the Second Livre d’Orgue (1700), performed on the 1732 Andreas Silbermann organ in Saint-Maurice Abbey, Ebersmunster, France.

Dr. Owolabi is a published composer and has received commissions from the Royal Canadian College of Organists and the Catholic Archdiocese of Toronto. His solo organ composition Dance was selected for the Royal Canadian College of Organists National Competition in August 2013, where all of the finalists performed this composition. His choral works have been performed internationally by ensembles such as the Santa Cruz Chorale, CA, Nashville Chamber Singers, Illinois Wesleyan University Choir and the Elmer Isler Singers in Toronto.