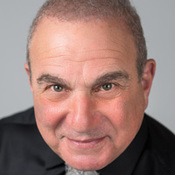 Not one, not two, but three of the world’s most eminent collaborative pianists—Martin Katz, Roger Vignoles, and J.J. Penna—will be visiting the University of Notre Dame in Spring 2017 both to perform and teach public masterclasses for our students. To accompany the most accomplished singers and instrumentalists takes unique skill, distinct from solo piano artistry, and the three musicians who will be honoring us with their presence are world-famous for their mastery. Add to these visits the ongoing residencies of two great singers, the dramatic soprano Deborah Voigt and the baritone Nathan Gunn, and one realizes that these are halcyon times for music at Notre Dame.

The American pianist Martin Katz, called “the gold standard of accompanists” by The New York Times, has traveled five continents in a career spanning 45 years. He has accompanied such stellar singers as Cecilia Bartoli, Sylvia McNair, Frederica von Stade, Kathleen Battle, Karita Mattila, and many others, and his opera editions have been performed at the Metropolitan and the Houston Grand Opera. He has been chair of the collaborative piano program at the University of Michigan-Ann Arbor for more than thirty years as the Earl V. Moore Collegiate Professor in Music. He will work with Notre Dame’s voice and piano students in a public masterclass on Friday, February 10, 2017 from 11:00 a.m. – 1:00 p.m. in the Annenberg Auditorium of the Snite Museum of Art. The following evening, on Saturday, February 11, 2017 at 7:00 p.m. in the Leighton Concert Hall, he will accompany faculty baritone Stephen Lancaster for an evening of songs by Gabriel Fauré, Robert Schumann, Tchaikovsky, George Butterworth, and George Gershwin. 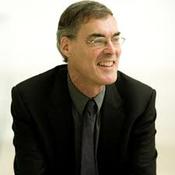 The British pianist Roger Vignoles is internationally recognized as one of the most distinguished collaborative pianists alive today.A graduate of Cambridge University, he regularly partners with the finest singers in the world (including Dame Kiri Te Kanawa, Barbara Bonney, and Brigitte Fassbaender) in the most stellar venues (the Vienna Konzerthaus and Musikverein, the Royal Concertgebuow, Musée d’Orsary, Carnegie Hall, Wigmore Hall, the Frick Collection in New York, and more). He is a fantastic teacher, as we at Notre Dame know well: this will be his fifth visit to our campus. He will perform a recital with the brilliant British tenor John Mark Ainsley on Saturday, March 4, 2017 at 7:00 p.m. in the Leighton Concert Hall, featuring works by Charles Gounod, Francis Poulenc, Benjamin Britten, and Robert Schumann (the poignant song cycle Dichterliebe, or “Poet’s Love”). In addition, Vignoles will offer a public master-class from 10 a.m. to 12 p.m. on Thursday, March 2, 2017 in the Penote Hall of the DeBartolo Performing Arts Center, while Ainsley will also give a masterclass the following day, Friday, March 3, 2017 from 10 a.m. to 12 p.m., also in the Penote Hall.

The sterling pianist J.J. Penna, currently on faculty at the Juilliard School and Westminster Choir College, has performed in recital with Kathleen Battle, Harolyn Blackwell, William Burden, David Daniels, Denyce Graves, Andreas Scholl, and Sharon Sweet. He has been heard at the Kennedy Center in Washington, D.C., Weill Hall, Zankel Hall and Merkin Recital Hall in New York City, the Palacio de Bellas Artes in Mexico City, Seiji Ozawa Hall at Tanglewood, Wigmore Hall in London, as well as on concert tours throughout the United States, Europe, Asia, the Far East, South America, and the former Soviet Union. Devoted to the performance of new music, he has premiered song cycles by William Bolcom, Ricky Ian Gordon, Richard Hundley and Lowell Liebermann. He has performed and held fellowships at prestigious festivals such as Tanglewood Music Center, Chautauqua Institution, Banff Center for the Arts, Norfolk Chamber Music Festival, the Music Academy of the West, and San Francisco Opera Center’s Merola Program, where he received the Otto Guth Award. Mr. Penna devotes much of his time to the teaching of art song literature, and he will work with Notre Dame student vocalists and pianists on that repertoire during his residency on campus the week of February 27. He also will return to Notre Dame in the fall of 2017 to perform in recital at the Leighton Hall with faculty soprano Kiera Duffy (program and date TBD).