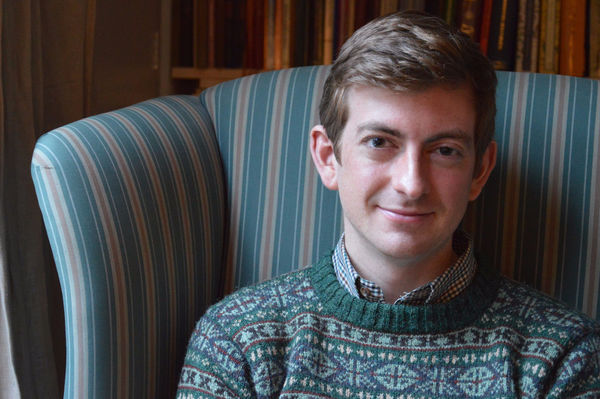 This January found Edward Jacobson (class of ’13) back on campus as part of a visit to Chicago to present his research at a joint meeting of the Modern Language Association and the American Historical Association. This was the latest in a series of international conference presentations that Edward has given during his time in graduate school, including two meetings of the American Musicological Society (2016: Vancouver, BC; 2018: San Antonio, TX), the Biennial International Conference on 19th-century Music (2014: Toronto, ON; 2016: Oxford, UK; 2018: Huddersfield, UK), and the Transnational Opera Studies Conference (2017: Bern, CH).

“While many universities are cutting back on undergraduate requirements, I am grateful to Notre Dame for preserving its thorough and rigorous survey of all of Western art music, which I have relied on every day as a graduate student and teaching assistant,” he said. “I am also grateful for Notre Dame’s commitment to music theory, which has given me a competitive advantage over many of my peers from even the most prestigious undergraduate programs.”

In addition to these conference papers, Edward has a review published in Eighteenth-Century Music (Cambridge University Press) and a forthcoming essay in a volume edited by Roger Parker and Roberta Montemorra Marvin. He is also this year’s winner of Notre Dame Magazine’s Young Alumni Essay Contest. His winning contribution can be read here.