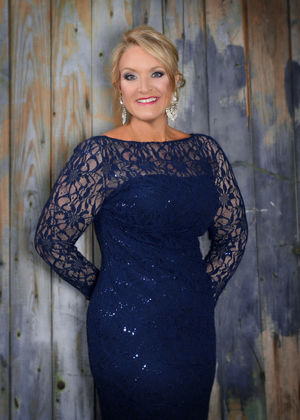 Soprano, Deborah Mayer, recently made her Metropolitan Opera debut as Gerhilde in DieWalküre in Robert LePage’s  new landmark production of The Ring Cycle conducted by Fabio Louisi.  She also recently debuted at the Tanglewood Music Festival reprising her role as Gerhilde in Die Walküre with the Boston Symphony.  Ms. Mayer has also sung the role of Brünnhilde in Siegfried in concert with the Toledo Symphony, and "Brünnhilde's Immolation Scene" from Götterdämmerung.
Ms. Mayer will be performing with pianist Päivi Ekroth, at the DeBartolo Performing Arts Center on August 28 at 7 PM.  I was delighted to speak to her and ask her a few questions about herself and her upcoming recital.
What is a classical music recordings that you treasure?
The Classical music recording that I treasure most would be those of my teachers, soprano, Virginia Zeani, and bass, Nicola Rossi-Lemeni. Some of the recordings have been reissued on cd's now, but I have most of the original record albums. I have shipped them back and fourth from the USA to Europe and back to the USA. They are always on the shelves in my current home.
Name a few works of classical music that you love.
Of course, I adore anything by Richard Wagner. In particular, Brünnhilde's " Immolation Scene" from Götterdämmerung, and I listen to " The Ride of the Valkyries" from Die Walküre when I'm working out on the elliptical machine.
Who are your favorite non-classical musicians?
I just heard Harry Connick, Jr. in concert for the fourth time. I think Sam Smith is extremely talented for such a young artist, and I also like Ed Sheeran.  I have been a huge Cher fan since I was a little girl, and I'm very excited about Lady Gaga. I also love Prince.
Name music that makes you cry – any genre:
A lot of beautiful music makes me cry. But one of the Strauss songs ( Morgen)  on the recital can make me weep. I still remember the first time I heard a recording of Jessye Norman singing this with the orchestra. I had a physical reaction when I heard the first solo lines played by the violin. It's just as beautiful with piano, as Strauss originally wrote it, and Päivi will probably make me cry as well!
What was your favorite role in an opera?
It's very hard to choose my favorite operatic role, but I'd have to say Tosca, as this is the opera that I sang opposite my husband when we first met.
What people can expect from your recital at the DeBartolo Performing Arts Center?
I hope people will be touched by the songs I've chosen that Richard Strauss wrote for his wife, Pauline, a famous operatic soprano. They had a very long marriage, and she was the inspiration for much of the music that he wrote for the female voice. I feel her presence in the power and sensuality of these songs.
What people may be surprised to learn about you?
People might be surprised to know that I'm a huge Glen Campbell fan. My mother had some of his albums, and when I was a little girl, I used to listen to them all the time. I know the words to all of his songs. I even had an autographed picture of him on my bulletin board in my room!
When he did his " Goodbye Tour", I dragged my husband with me to the Elkhart County Fair to hear him. As soon as he came out on stage, I started to cry like a big baby. I also went to see the film " I'll Be Me"  when it played at the DeBartolo Center about his struggle with Alzheimer's disease before and during his "Goodbye Tour". I think he and his family have been very courageous to share his journey.
For tickets to Deborah Mayer’s recital visit performingarts.nd.edu or call 574-631-2325. The recital is free, but tickets are required.