The newest member of the Department of Music faculty, soprano Kiera Duffy, has been featured in a rave review and followup interview in the NY Times for her performance of Bess in Missy 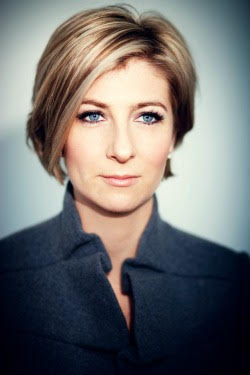 Mazzoli's opera "Breaking the Waves."  Mazzoli composed the role for Duffy, who participated in the premiere performances at Opera Philadelphia in September 2016.  She recently reprised the role at the Skirball Center for the Performing Arts in New York in January 2017.

Duffy was a Grand Finalist in the 2007 Metropolitan Opera National Council Auditions, a first-place winner of the Marian Anderson Competition in Philadelphia, and has also been recognized by the Young Concert Artists International Competition and the Philadelphia Orchestra’s Greenberg Competition. She was an accomplished pianist before pursuing degrees in vocal performance and pedagogy from Westminster Choir College.