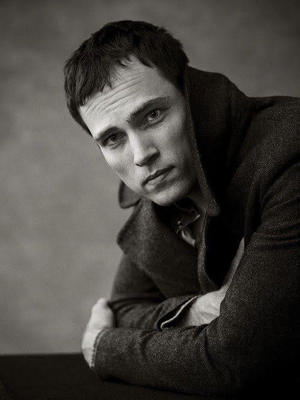 Shrader was part of a collaboration to create the award-nominated album Mademoiselle: Première Audience - Unknown Music of Nadia Boulanger, which the Delos label released in 2017. The project includes the complete works of the French composer Nadia Boulanger (1887-1979), both published and unpublished and including 13 world premieres. Boulanger was an important figure not only as a composer but also as a pedagogue, who taught, among others, such luminaries as Leonard Bernstein, Elliott Carter, Aaron Copland, Roy Harris and Virgil Thomson. Shrader's distinguished collaborators on the project include Amit Peled, Edwin Crossley-Mercer, François-Henri Houbart, Lucy Mauro, and Nicole Cabell.

Like the Department's artist-in-residence baritone Nathan Gunn, Alek was a winner of the prestigious Metropolitan Opera National Council Auditions. He also received a Sarah Tucker grant from the Richard Tucker Foundation and is a former Adler Fellow with the San Francisco Opera. In 2014, Shrader was a featured singer on the Grammy-winning opera recording of The Tempest by Thomas Adès on the Deutsche Grammophon label. He has sung lead roles at many of the world's great opera houses including the Metropolitan Opera, San Fransisco Opera, Santa Fe Opera, Lyric Opera of Chicago, Los Angeles Opera, Bavarian State Opera, and at the Glyndebourne and Salzburg festivals.

Shrader joins the University of Notre Dame faculty next fall, as Assistant Professor of the Practice, Voice and Artistic Director of Opera ND. Last fall, he directed Opera ND's Opera Scenes production, conducted by Daniel Black and with set and lighting design by Kenneth Cole.