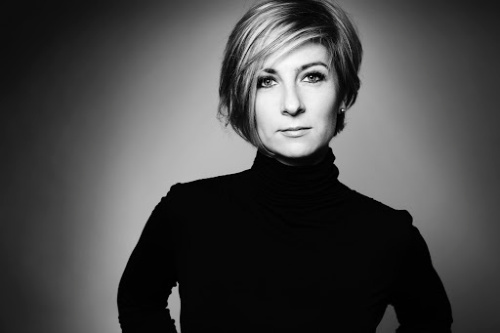 Last week, Kiera Duffy, Associate Professor of the Practice in Voice and Head of Undergraduate Voice Studies, made her debut with The Cleveland Orchestra in Mozart’s beloved solo motet for soprano, Exsultate, jubilate, under the baton of renowned conductor Harry Bicket. Alongside the New York Philharmonic, Boston Symphony, Chicago Symphony, and Philadelphia Orchestra, the Cleveland Orchestra belongs to an elite collective of American orchestras known historically as the “Big Five.” Its reputation for musical excellence is internationally recognized, with Gramophone Magazine naming it among the world’s top ten orchestras in 2012. It also performs in one of the world’s most hallowed and acoustically stunning concert halls, Severance Hall, where Duffy’s series of subscription concerts with the ensemble took place to great critical acclaim.

Mozart’s Exsultate, jubilate, one of the gems of the vocal concert repertoire, is a tour de force for soloist, at once full of virtuosity and elegance. Of Ms. Duffy’s performance, the Cleveland Plain Dealer wrote, “Mozart cuts his singer no slack here, stocking the solo motet with a daunting slate of intricate passage-work, wide leaps, and lengthy trills. Duffy was equal to it all. Bicket…set a quick pace and the soprano frolicked along, wielding her light, agile, and expressive voice with apparent ease and seeming truly taken by the spirit of the text…The highlight of the evening was Kiera Duffy.” (Zachary Lewis, The Plain Dealer, February 15, 2019; read the complete review here)

Professor Duffy says, “The Cleveland Orchestra is the Rolls Royce of American ensembles. The opportunity to sing such a canonic work as Exsultate in such a historically significant venue as Severance Hall with this remarkable group of musicians was truly a lifelong dream come true and an experience I will not forget.” This marks Duffy’s fourth debut with a “Big Five” orchestra, after New York, Boston, and Chicago. Curiously, what remains is Duffy’s hometown band, the Philadelphia Orchestra. “Well, as they say, let’s save the best for last!”