The University of Notre Dame Symphonic Band and Symphonic Winds will present their annual fall concert. Comprised of more than 150 musicians from across campus, students in both ensembles represent every field of study at Notre Dame, 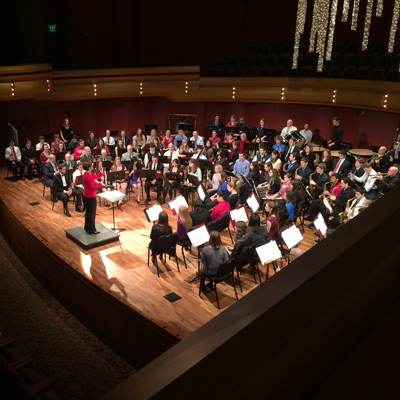 Saint Mary's, and Holy Cross. Works to be performed include compositions by Grainger, Rossini, Saint-Saëns, and Vaughn Williams. At the conclusion of the performance, members of both ensembles will combine for a finale featuring a tribute to the Armed Forces in honor of Veterans Day.

Dating back to 1845, the Notre Dame Band is the oldest college band in continuous existence in the United States. The Band was the recipient of the 2011-2012 Sudler Trophy, considered the Heisman Trophy for college bands, and was declared a "Landmark of American Music" by the Indiana Music Educators Association