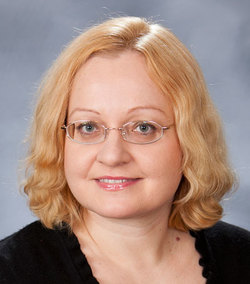 Päivi Ekroth, a native of Finland, is a versatile artist who, in addition to her career as a soloist and a chamber musician, has served as a choral accompanist as well as a vocal coach for opera productions, and has performed an extensive amount of chamber music covering a wide variety of repertoire for strings, winds and brass as well as choral, operatic and lied repertoire.

Ms. Ekroth has performed actively in her home country as well as in Estonia, Italy, Germany, China, New Zealand and the United States appearing at festivals such as the Ruhr Keyboard Festival, Settimane Musicali di Stresa e del Lago Maggiore, the Ravinia Festival, the Irving S. Gilmore Keyboard Festival, the New Jersey Symphony's Rachmaninoff Festival and the Music Academy of the West. In 1997 and 2000 she was invited by Maestro Valeri Gergiev to play a recital at the Mikkeli Music Festival in Finland.

Päivi began to play piano at the age of eleven. She studied at the Sibelius-Academy in Finland under the guidance of professor Matti Raekallio, receiving a Master's Degree in Piano Performance in 1999. Ms. Ekroth joined the Toradze Piano Studio at Indiana University South Bend in 1996 and graduated with a Master's Degree in 1998 and an Artist Diploma in Piano Performance in 2002. She received an honorary Performer Diploma Certificate in recognition of performance excellence from Indiana University South Bend in 1999, where she worked as both adjunct and full-time lecturer in piano from 1999-2002. In 2004 Ms. Ekroth received a Master’s Degree in Chamber Music from the University of Notre Dame du Lac where she currently serves as collaborative pianist.

“Ms. Ekroth is one of the foremost lied interpreters” (“Tidningen Åland”-newspaper).

“A vivacious and spontaneous temperament, an effortless and beautiful rendition and a confident mastering of great form are all characteristic of her interpretations." (Sirkka Harjunmaa, Sibelius-Academy, Finland)