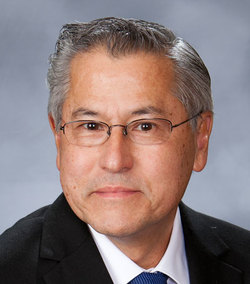 Ken Dye serves as a staff writer for several publishers and has served as composer/arranger for the Sydney 2000 Olympic Band, and pops arranger for the Dallas Symphony. His writing activities have produced over 1800 works for band and orchestra performed throughout the U.S. and overseas.

Dye also serves as a concurrent professor of Computer Applications developing the course “Music Through Technology” and teaches music from a business perspective in a course entitled “The Business of Music”. Most recently Dye’s research has involved the musical history of the Olympics and  he has  incorporated it into  a new course: “Music and the Olympics: A Soundtrack for Competition, Ceremony, and Celebration”.

Prior to Notre Dame, Ken Dye taught at Rice University, University of West Georgia, as well as at the high school level in California, and schools in Mexico City. He has also served as director of the Opening Ceremonies of the U.S. Olympic Festival and conductor of the All-American College Band at Disney World.