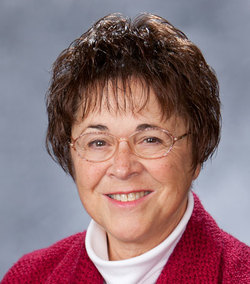 Georgine Resick is an internationally recognized soprano in both opera and concert.  A protégé of the late George London, she made her operatic debut under his direction as Sophie in Massenet's Werther with the Washington Opera (Nicolai Gedda singing the title role). She has sung a wide variety of leading roles with the Vienna State Opera, the Chicago Lyric Opera, the Paris Opera, the Houston Grand Opera, and with opera companies in Hamburg, Rome, Nice, Berlin, Brussels, and Cologne, among others.  Renowned for her Mozart and Strauss interpretations, Ms. Resick has appeared at the festivals of Salzburg, Edinburgh, Lucerne, and Schwetzingen, where she made a film of Cimarosa's Il Matrimonio Segreto. Her L’Oiseau Lyre recording as Despina in Mozart's Cosi fan Tutte at Drottningholm Court Theater in Stockholm won the Grand Prix du Disque.  Ms. Resick has appeared frequently as soloist with such orchestras as the Israeli Philharmonic, London Symphony, Scottish Chamber Orchestra, the National Symphony (Washington, D.C.) and the San Diego Symphony. She has been Soprano in Residence at chamber music festivals such as Marlboro, Fontana, and Strings in the Mountains.

In her post as Professor of Voice at the University of Notre Dame Ms. Resick founded con tempo, a contemporary chamber music ensemble.  She holds a Bachelor of Music (magna cum laude) from The American University in Washington, D.C., and the Artist's Diploma from Peabody Conservatory.  Ms. Resick is the recipient of numerous grants and awards, including a Howard Foundation Fellowship, a Lilly Foundation Teaching Fellowship, the Outstanding Development Prize of the State of North Rhine/Westphalia, and the Martha Baird Rockefeller Young Artist Fellowship. She received the Reverend Edmund P. Joyce Award for Excellence in Undergraduate Teaching in 2011. She speaks German, French, Italian and Russian, and has also sung in Spanish, Swedish, Polish, Portuguese, and Czech.

An adventurous recitalist, Ms. Resick has championed unknown and neglected song literature for over twenty years.  She has twenty recordings to her credit, including the solo compact discs of Songs of Alexander Grechaninov, Songs of Charles Koechlin, Visions Intérieures (a double disc outlining the history of the European song cycle), and The Color of the Word (a sampling of songs by the masters of the art of setting text to music), all released by Bridge Records.  She acted as co-producer and vocalist for a film of Schoenberg’s chamber music masterpiece Pierrot lunaire, to be released early in 2015.  She is currently writing a textbook for a course in French Vocal Literature.

Blonde in John Dexter’s production of Die Entführung aus dem Serail with Ruth Welting and Francisco Araiza at the Lyric Opera of Chicago.

• Marzelline in Fidelio at the Houston Grand Opera, opposite Hildegard Behrens, conducted by Michael Tilson Thomas

• Zerlina in a concert version of Don Giovanni with the Israel Philharmonic, conducted by Daniel Barenboim

• Strauss' Four Last Songs and Mahler's Symphony No. 4 with the San Diego Symphony.

• Despina in Jean-Luc Bondy's production of Così fan tutte at Théâtre de la Monnaie, Brussels, conducted by John Pritchard, a role she repeated to great acclaim at the Drottningholm Festival under Arnold Östman; the L'Oiseau Lyre recording of this production was awarded the Grand Prix du Disque

• Adina in L'Elisir d'Amore, Anne Truelove in A Rake's Progress, Euridice in Orfeo ed Euridice, Gilda in Rigoletto, the title role in Martha at the Cologne Opera; and Susanna in Le Nozze di Figaro, Oscar in Un ballo in maschera, Sophie in Der Rosenkavalier Adéle in Die Fledermaus at the Deutsche Oper am Rhein in Düsseldorf

• Sophie in Werther opposite Nicolai Gedda at the Washington Opera, her operatic debut

NOTABLE STAGE DIRECTORS WITH WHOM PROF. RESICK HAS WORKED:

RECORDINGS HAVE BEEN ISSUED BY:

VIDEOS HAVE BEEN ISSUED BY: