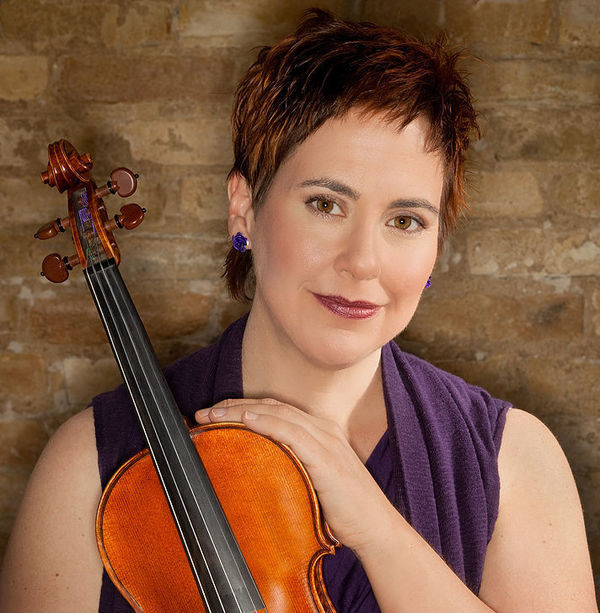 Faculty, Visiting Associate Professor of the Practice in Violin and Viola

Dylana Jenson has performed with most major orchestras in the United States and traveled to Europe, Australia, Japan and Latin America and Asia for concerts, recitals and recordings. After her triumphant success at the Tchaikovsky Competition, where she became the youngest and first American woman to win the Silver Medal, she made her Carnegie Hall debut playing the Sibelius Concerto with Eugene Ormandy and the Philadelphia Orchestra.

Following her most recent Carnegie Hall performance, Jenson again electrified both audience and critics in her performance of Karl Goldmark's violin concerto. According to Strad Magazine, "In Jenson's hands, even lyrical passages had an intense, tremulous quality... a sizzling performance." Harris Goldsmith of the New York Concert Review said, "I can give no higher praise than to say that her excellent performance brought to mind, and was a loving tribute to, the great Nathan Milstein... who was one of Jenson's mentors."

In tandem with her solo career Jenson has been busy giving Masterclasses and teaching at summer music festivals. In her teaching she uses the Russian technique taught by Leopold Auer and championed by great artists such as Nathan Milstein, David Oistrakh, Isaac Stern and Jasha Heifetz. This method develops a natural physical relationship to the instrument.

Ms. Jenson was made an Honorary Citizen of Costa Rica at the age of 12 for her artistic contribution to her mother's homeland. Dylana Jenson started the violin at the age of two and a half with her mother. She then studied with Manual Compinsky, Nathan Milstein and Josef Gingold.