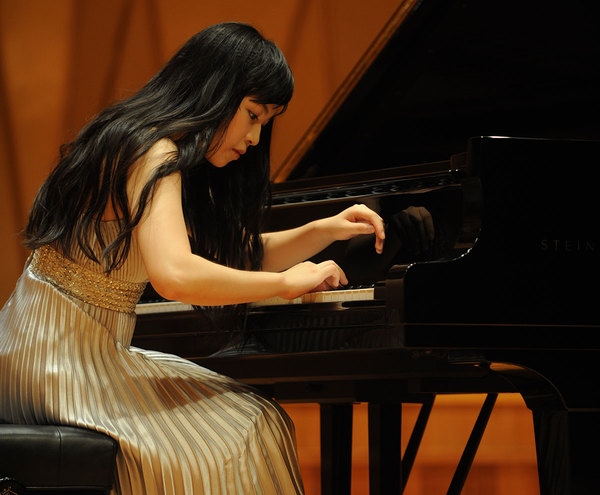 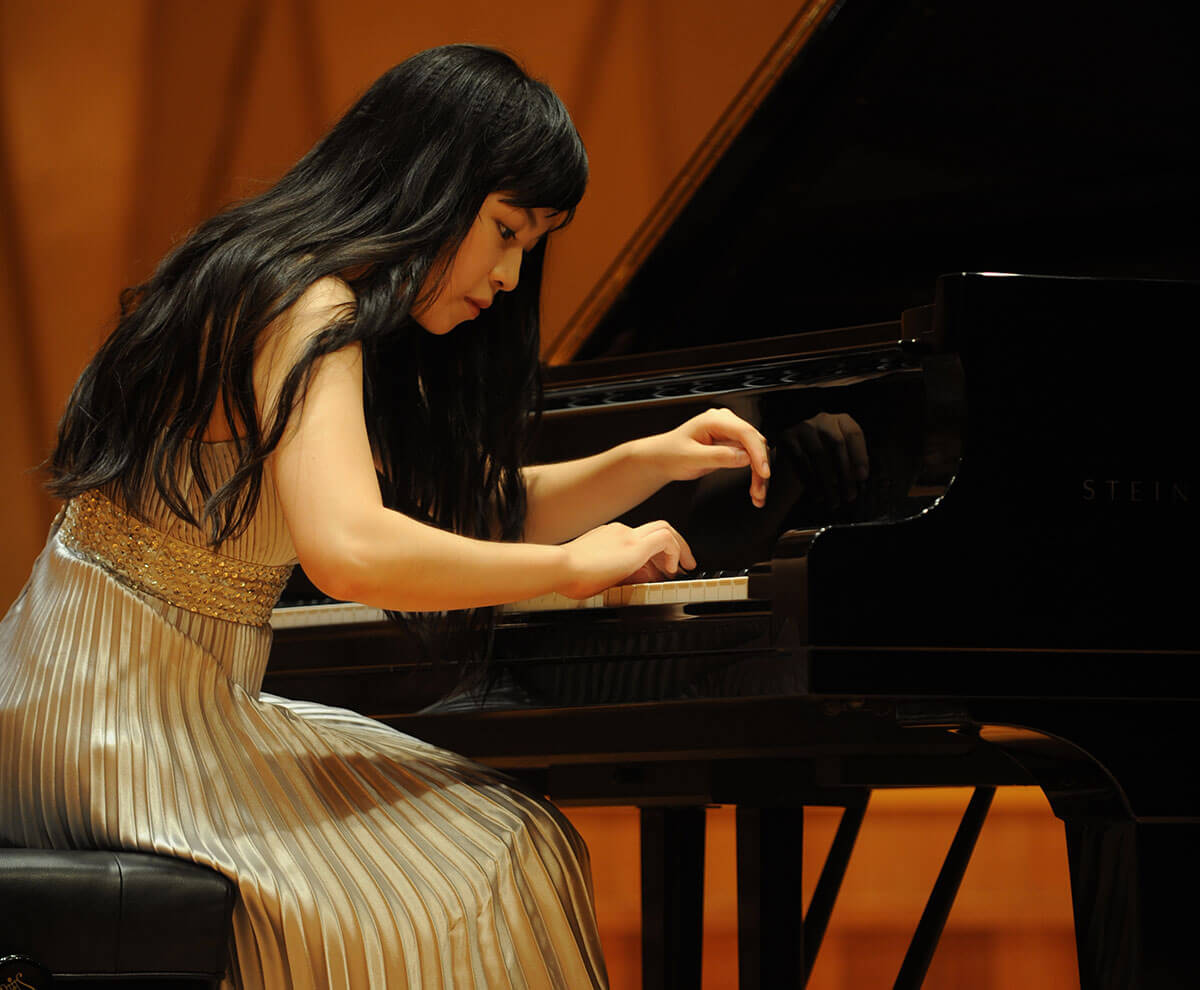 Senior Zhengyi Zhang has grown tremendously — as a student, as an artist, and as a person — in her four years at Notre Dame. And the piano studies program in the Department of Music has grown along with her.

With renowned musicians on the faculty, new opportunities to participate in student-led music groups, and a beautiful new home for the department in O’Neill Hall, it is an exciting time for piano students.

This semester, Zhang gave the very first performance — her senior recital — in the LaBar Recital Hall in O’Neill Hall.

“I am so grateful, and it was just amazing,” she said. “The acoustics of the room, the projection, and even the backstage room were so wonderful.

“Many more people attended than I had expected, so I was thrilled. It made me further realize how much the department has grown. Everyone is excited, and I can see it keep skyrocketing from here.”

“Our young pianist-scholars excel in their music theory and history studies and quickly become the kind of broadly educated musicians equipped to succeed in the forbiddingly competitive music world.”

This moment for the program is the result of a combination of many positive factors, said Peter Smith, chair and professor of music theory — including conservatory-caliber students, outstanding new facilities and instruments, and two stellar faculty pianists, John Blacklow and Daniel Schlosberg.

“They excel in every way,” Smith said of Blacklow and Schlosberg. “Both concertize extensively in some of the most prestigious national and international venues. And at the same time, they are deeply dedicated and inspirational teachers who have attracted some of the finest undergraduate pianists to the University.” 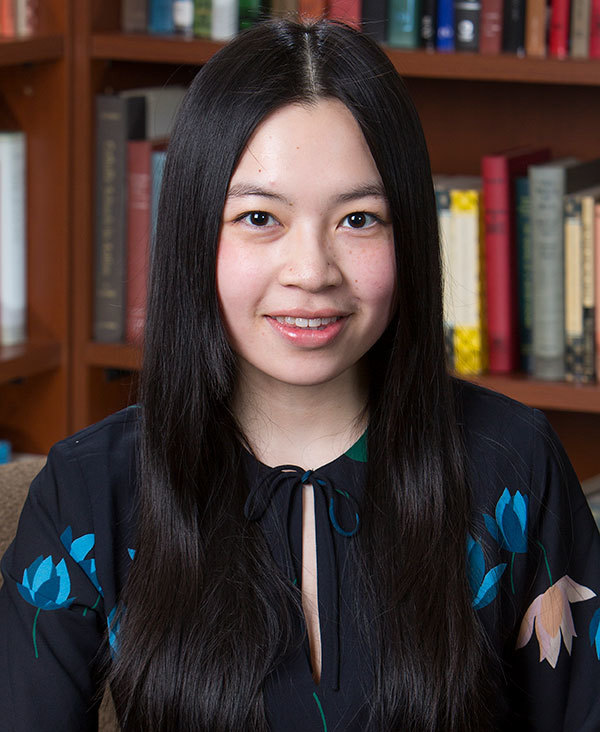 These students are a joy to teach, Smith said, because they possess not only exceptional performance skills but also outstanding intellectual ability and a strong desire to pursue the balanced blend of performance and scholarship that makes the Notre Dame music major distinctive.

“These students excel in piano performance, to be sure, giving stellar concerts, participating in prestigious summer music festivals, winning competitions, and securing admission to some of the most competitive graduate programs,” Smith said. “But our young pianist-scholars also excel in their music theory and history studies and, following John and Daniel’s example, quickly become the kind of broadly educated musicians equipped to succeed in the forbiddingly competitive music world.”

Zhang said that balance has not only given her a strong academic and musical foundation but gave her an advantage when competing for a spot in prestigious graduate programs. She was admitted to several highly respected conservatories and will begin graduate work in piano at the Peabody Institute at Johns Hopkins University this fall.

“After one of my auditions, a professor said, ‘I heard something in your music that it’s difficult to teach someone who does not already have it.’ And I think that comes from my liberal arts education,” she said. “Because when you study and you’re forming ideas about different subjects like religion, philosophy, politics, or natural science, you’re growing more passionate and gaining a deeper understanding of questions affecting the spiritual life of humanity. So your imagination grows, too — and that imagination is very important to the artistic image and emotional content of music.” 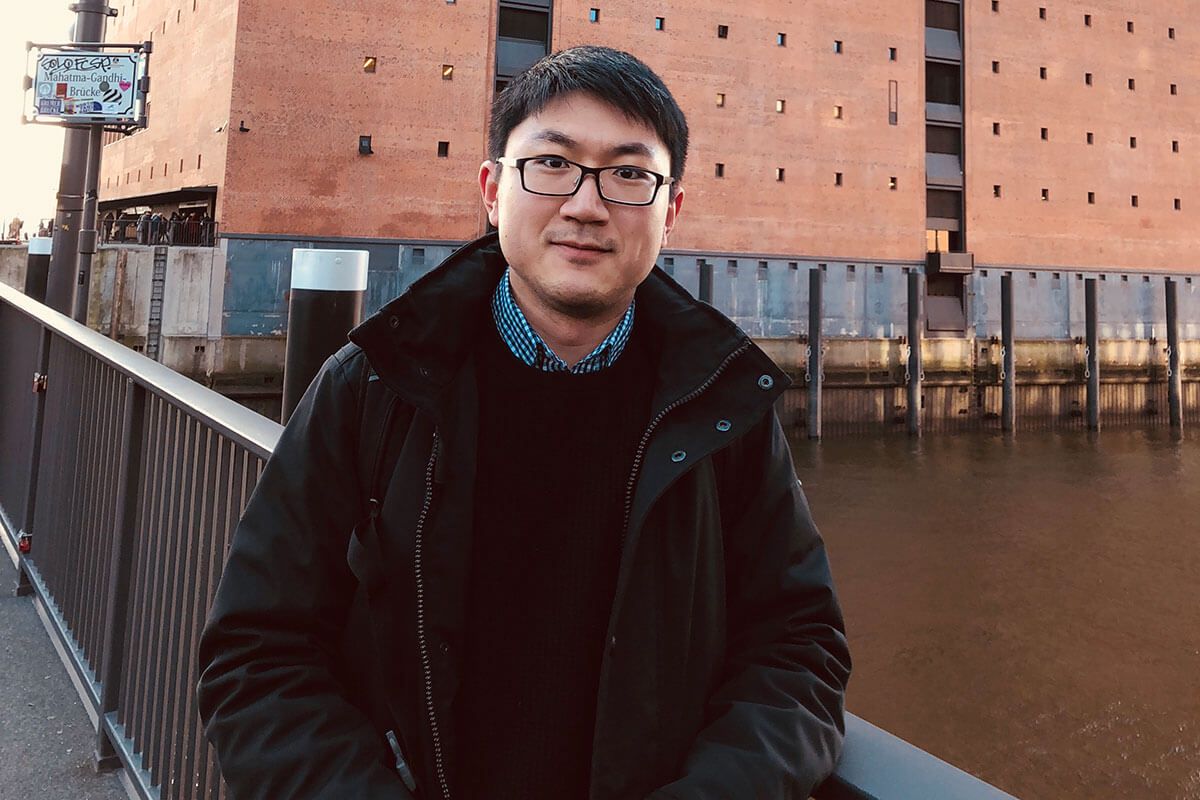 Junior Kelvin Wu added a German major to go with his piano performance major to develop a better understanding of “lieder” — songs which combine classical music and poetry.

‘All that and more’

“To fully appreciate and interpret music, technical ability is not enough for a pianist,” he said. “One has to really know the language, the cultural background, the social context, the personal experience of the composer. Because as a pianist one communicates and expresses primarily not through words, but through the art of sound. And whatever the medium of artistic expression is, one has to possess a wide and solid cultural knowledge basis in order to produce a convincing expression.”

Wu, who concentrates in piano performance, added a second major in German to gain a better understanding of German repertoire and “lieder” — songs which combine classical music and poetry — which he particularly likes studying.

“I’m enjoying the combination of my two majors very much, because I really see the connections between them,” he said. “It’s not enough to have a theoretical music knowledge to analyze lieder. I think one has to also analyze the poems, to really see how the two interact and how to bring out the poetic nuances through the musical performance.”

In addition to the benefits of a liberal arts education, advanced piano students have a remarkable range of opportunities at Notre Dame, said Blacklow, a professor of piano since 2002 and currently director of undergraduate studies.

“The number of piano majors is ideal because there are frequent chances to be on stage,” he said. “Some students are drawn to collaborate with other instrumentalists in chamber groups or to work together with voice majors while being coached by our very experienced voice and opera faculty. Others are interested in performing jazz or newly composed music by their friends — or, perhaps, are interested themselves in composing. They can do all of that and more here.” 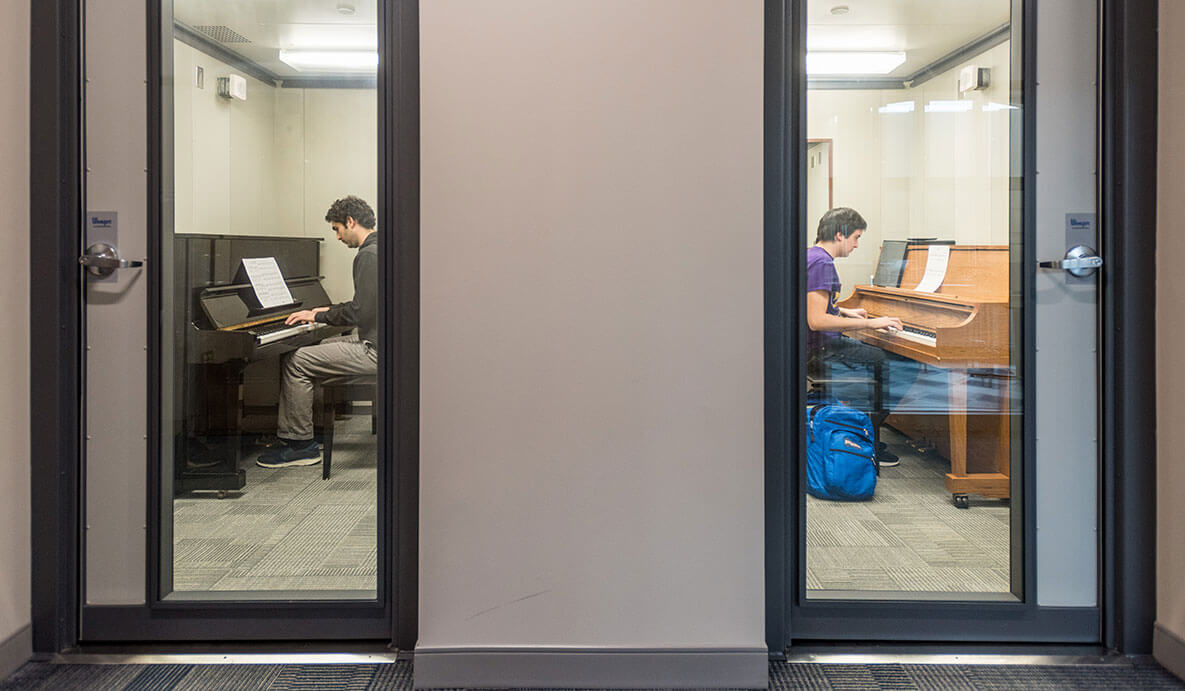 Students playing pianos in two of the new rehearsal rooms inside O’Neill Hall, on the south side of Notre Dame Stadium.

The Department of Music also frequently offers masterclasses with renowned guest artists, this year featuring Stephen Hough of The Juilliard School and Victor Rosenbaum of the New England Conservatory.

Those masterclasses led to a valuable connection for Wu, who is studying abroad in Germany this year and keeping up with his piano studies while there.

While abroad, he flies to London regularly to take lessons with one of the world’s leading collaborative pianists, Roger Vignoles of the Royal College of Music — whom he met when Vignoles came to Notre Dame in 2017 for an extended teaching residency, including several masterclasses.

Wu also keeps in contact with Blacklow, who has offered him frequent guidance and encouragement — in Germany and on campus.

Both Wu and Zhang said that the music faculty have helped them prepare for auditions, choose and apply to competitive summer music festivals such as Aspen, which Zhang will attend this summer, and plan for their next steps after Notre Dame.

“Our faculty are not only very talented, they’re also very kind in terms of providing individual attention to students,” Wu said. “This is invaluable. The personal mentorship they provide is something very special.”

Although Wu is enjoying his time in Berlin, he is also eager to return to campus to experience the newly completed O’Neill Hall — which he’s only seen in photos.

“One of the exciting developments over the past year, with our move to O’Neill Hall, has been the Music Department’s acquisition of four wonderful new Steinway grand pianos,” Blacklow said, “Piano students have the chance to play regularly on them, and their arrival has resulted in many of our other excellent Steinways moving into the new practice rooms.”

Blacklow and Schlosberg each selected two of those instruments from the historic Steinway factory in New York for their studios — one for the student to play and one for the professor to demonstrate. In addition, O’Neill Hall features 11 new Yamaha upright pianos, and a new Steinway 9-foot concert grand piano in the LaBar Recital Hall.

It was that instrument that Zhang was able to debut at her senior recital in January — a fitting capstone to her music studies at Notre Dame.

“I feel compelled to communicate the message of the composers to the audience when I perform,” she said. “In order to do that, there is so much to learn, including the music theory and the history behind the piece. And there is really no limit — you can learn more and improve all the time. That’s really challenging but also really exciting.”

“As a pianist, one communicates and expresses primarily not through words but through the art of sound. And whatever the medium of artistic expression is, one has to possess a wide and solid cultural knowledge basis in order to produce a convincing expression.”