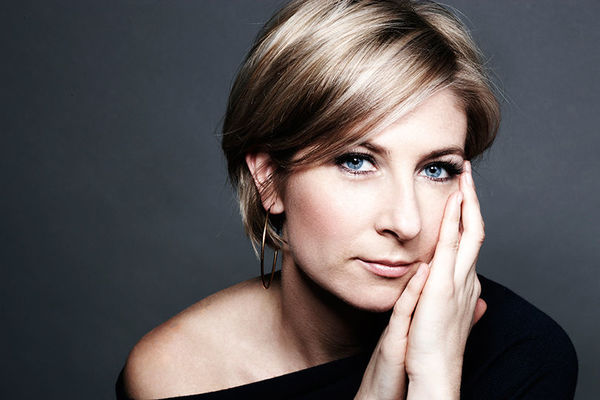 The award honors the soprano’s outstanding artistry and promising future.

“Lincoln Center has such meaning in my life — as it does for every classical musician. It is the cultural hub of North America,” she said. “So for Lincoln Center to honor what I’m doing is very humbling and a lovely validation.”

Duffy said the award is also significant because some of her most important debuts have been at Lincoln Center, including her orchestral debut at the New York Philharmonic.

In 2013, Duffy made her debut with the Metropolitan Opera as Das Erste Blumenmädchen in Parsifal under Daniele Gatti, and with the Lyric Opera of Chicago as Stella in Previn’s A Streetcar Named Desire.

Last fall, she starred in the world premiere of Missy Mazzoli’s opera Breaking the Waves at Opera Philadelphia. Her portrayal of Bess McNeill garnered widespread acclaim from The New York Times, the Wall Street Journal, and Opera News, among others. She reprised the role at the Prototype Festival in New York City in January.

Duffy also joined the faculty of Notre Dame’s College of Arts and Letters in January and serves as head of the undergraduate program in voice studies.

Her work with students is a source of inspiration, she said.

“Seeing my students experience a piece of music for the first time brings me back to that emotional experience,” she said. “I find it really thrilling and invigorating, and I try to bring that sense of excitement to my own work as much as possible.”

Originally published by Carrie Gates at al.nd.edu on April 20, 2017.