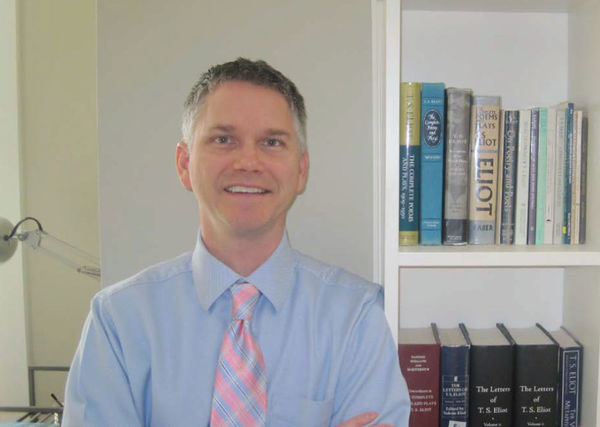 Jayme C. Stayer, S.J. ’90 has received the 2019 MLA Prize for a Scholarly Edition, awarded by the Modern Language Association.

Born in Canton, Ohio, Jayme was a double major in Music and English at Notre Dame, where he sang in the ND Chorale and Glee Club. In 1995 he earned a Ph.D. in English Literature at the University of Toledo, and he is now an Associate Professor of English at Loyola University Chicago.

The events of 9/11 prompted him to reconsider his life direction. “If so few men can create so much violence in the world, what can I do that creates love commensurate to such violence, to cancel out that hatred?” he prayed. “As soon as that prayer came out of my mouth,” he said in a recent interview, “there was an image in my head of two priests who I really loved at the University of Notre Dame.” This experience led to Jayme’s ordination as Jesuit priest in 2013.

"Jayme has ever been a lover of music, literature and the Lord, with his vocation being the ideal medium to enrich others' lives with that love and to expand upon it. At Notre Dame, he was an integral member of the Glee Club and Chorale, conducted and accompanied the St. Edwards Hall Tabernacle Choir, corrected our grammar (in hindsight, a clear indicator of his future with the Jesuits), and in his Eliot work clearly applies the same energy that he exhibits in his vibrato. We are very proud of Jayme and his award!" said Peter Claude' 90.