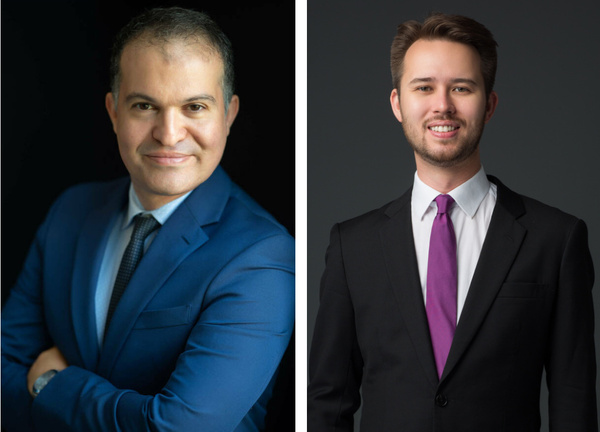 The Department of Music is pleased to welcome two new faculty members beginning in the Fall 2022 semester.

Dror Baitel is the new Assistant Professor of the Practice of Collaborative Piano, as well as Music Director of Opera and Musical Theatre. Baitel comes from The University of Memphis where he served as visiting Assistant Professor and Music Director of Opera.  Baitel earned his MM and DMA from The Juilliard School.  He has established himself as a leading talent through his virtuosity and versatility across diverse musical genres.  His scholarly interests include the history of the American Musical Theater, the Golden Age of Musicals, Stephen Sondheim, and romantic operas.

Patrick Yim is the new Assistant Professor of Violin. Yim comes from Hong Kong Baptist University where he has served as Assistant Professor of Music since 2017.  Yim earned his DMA from Stony Brook University and MM from the Cleveland Institute of Music.  Praised for his superb performances, Yim has performed on stages around the world, including Carnegie Hall and David Geffen Hall (New York), Seoul Arts Center, Harpa Concert Hall (Reykjavík), Hong Kong City Hall, Severance Hall (Cleveland), Orchestra Hall (Chicago), Teatro alla Scala (Milan), and the Musikverein (Vienna). Honolulu-born Yim has extensive work with contemporary music, and has commissioned 29 works and performed the works around the world at museums and galleries.