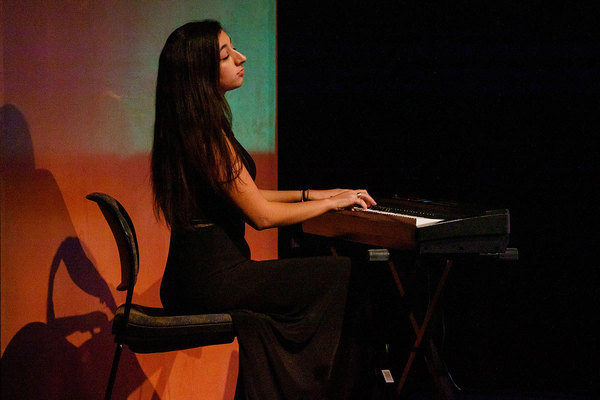 When Veronica Mansour landed her first role in musical theater as Marcie in It’s the Great Pumpkin, Charlie Brown at age 8, she never imagined she would one day write a musical of her own. She still has trouble believing it now. A senior English and music major with a minor in musical theatre, Mansour spent last semester workshopping her original musical, An Old Family Recipe, which will be filmed over the course of a few weeks and released to the public in a live-streamed opening night this spring.