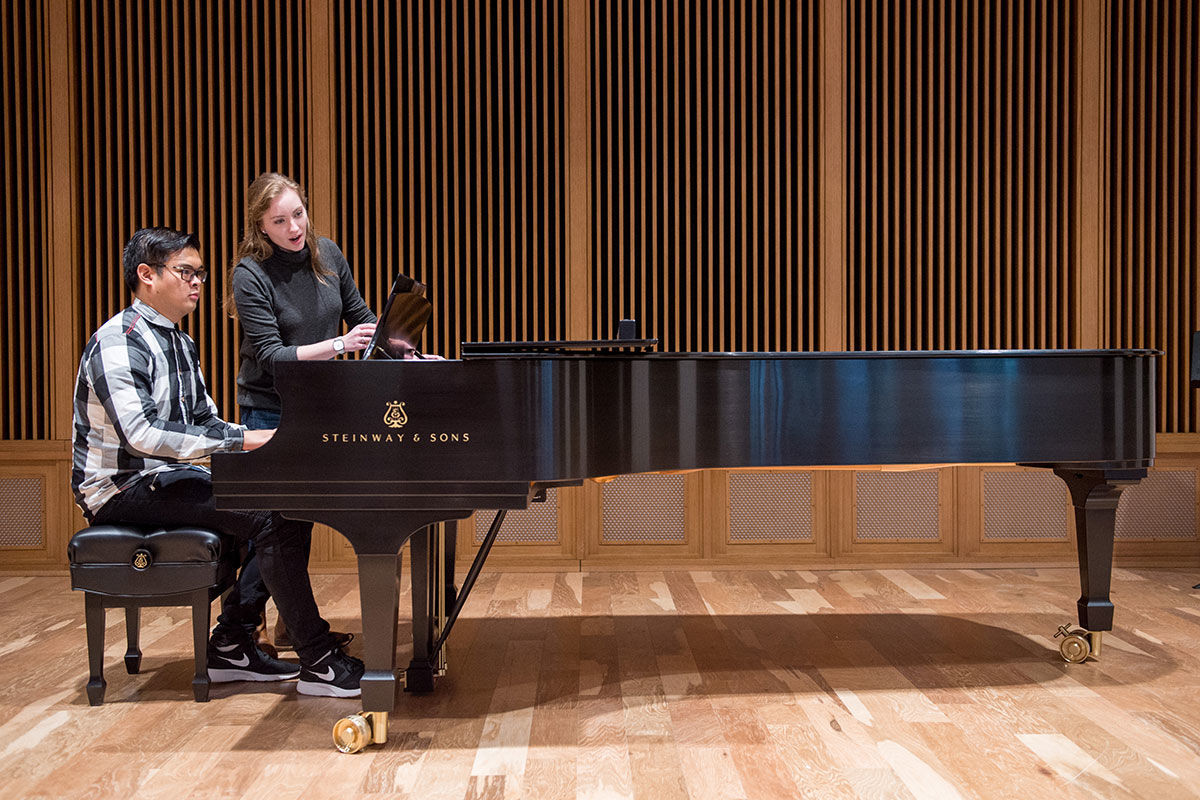 It started two years ago with a handful of Notre Dame undergraduates and a desire to share their love of music.

Today, that passion has resulted in two thriving student groups — the Classical Music Club and the Composers’ Consortium — with more than 200 members.

“When I first came to campus and told people I was a voice major, people would say, ‘Oh, I love classical music,’” said junior Aileen Markovitz. “But when I went to activities night, I realized there was no classical music club. And so, my roommate, Joanne Kim, and I decided we should just start one ourselves.”

The club, which began with just five members, has now grown to 200 participating students and six officers from across the University. Markovitz and Kim serve as co-presidents.

Its aim, Markovitz said, is to give students more opportunities to experience and appreciate classical music.

“There are certain obstacles to engaging with classical music — price, an inaccurate perception of it, and, of course, not having people to go with,” she said. “So one of the things we do is organize groups of students to go to concerts together and negotiate a discounted price for them.”

“We really try to reach out to students who are not directly involved with the Department of Music — and who may or may not play an instrument — but just love music. And we’ve had a great response.”

One of the most important aspects of the club, Markovitz said, is that it has members — and even officers — from a wide variety of majors, from finance to neuroscience.

“We really try to reach out to students who are not directly involved with the Department of Music — and who may or may not play an instrument — but just love music,” said Markovitz, a vocal performance and economics major. “And we’ve had a great response.” 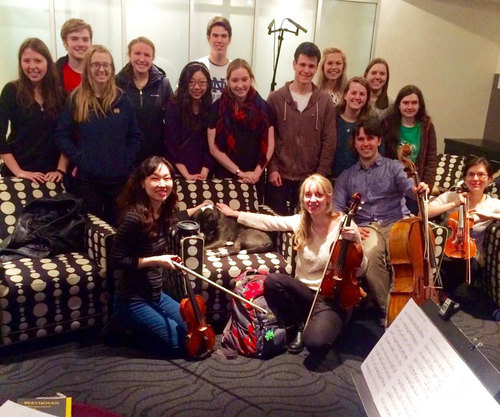 Members of the Classical Music Club gather after an event with the Grammy Award-nominated Solera Quartet.

In addition to organizing groups to attend events on campus, the group meets twice a month to listen to and discuss classical music and hear from guest lecturers and performers.

The club also arranges for interested members to perform three concerts each semester at local nursing homes, an effort organized by Kim.

“We are really proud of our service work,” Markovitz said. “And it’s beneficial for everyone. Many Notre Dame students take music lessons, but don’t have performance opportunities if they’re not in a choir or orchestra. And for those of us who will be doing auditions, it’s a great chance to practice performing in a casual setting where they’re so happy you’re there.”

Markovitz also plans to organize club trips to Chicago in the future and hopes to establish a program to provide music lessons to underprivileged children in South Bend.

“We’re really growing, and we’re excited about going out into the community and making a difference,” she said. “It’s just a great time to be a music student at Notre Dame.” 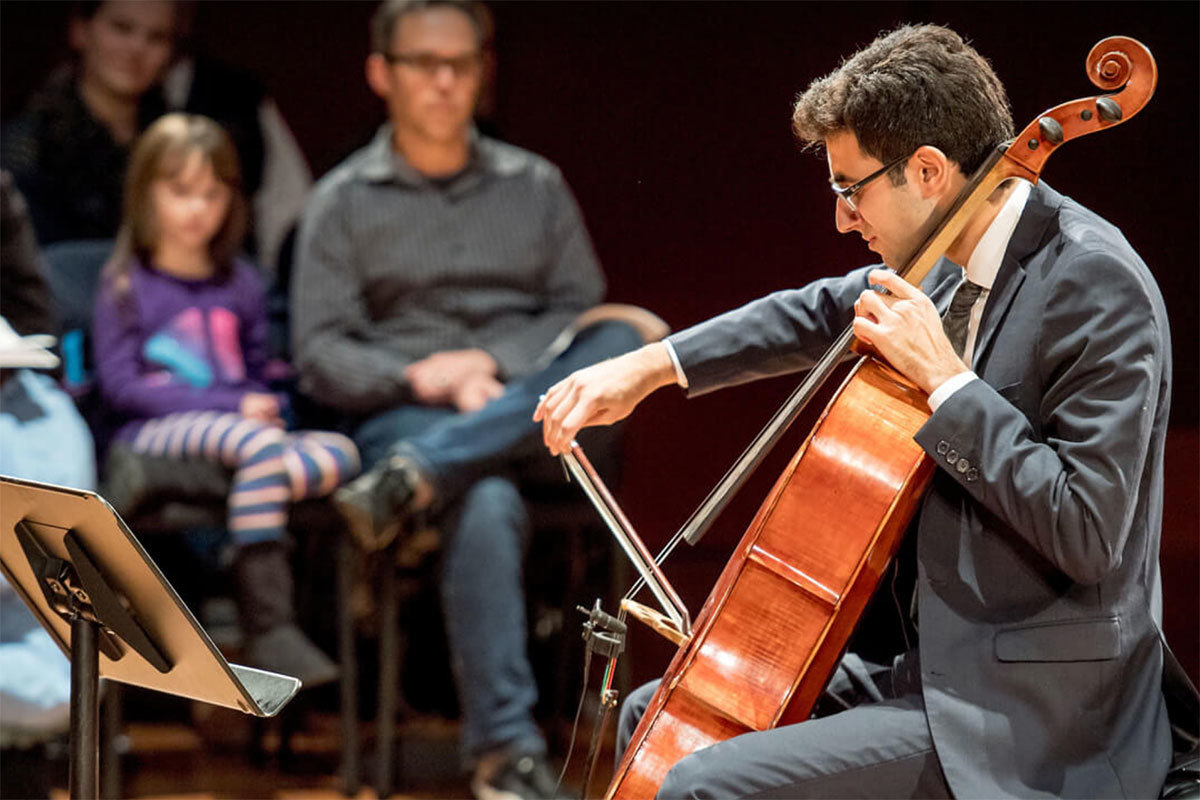 At the same time Markovitz and Kim were launching their club, music majors Joseph Tang and Alex Mansour were approaching Assistant Professor John Liberatore with the idea of putting on a concert featuring original, classical works written by students.

Liberatore, now the faculty adviser for both clubs, enthusiastically supported the idea, and the Composers’ Consortium presented its first concert in spring 2016.

Since then, the consortium has been meeting twice a month and offers one concert every semester. 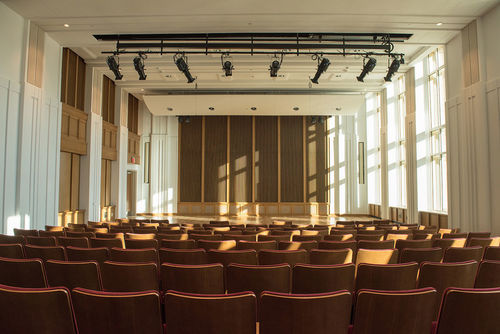 The Composers’ Consortium held its spring concert April 6 in the LaBar Family Performance Hall inside O’Neill Hall, the Department of Music’s new home.

“I am so excited that we were able to push this initiative forward and begin assembling this niche of composers,” said Tang, a piano performance major with a supplementary major in Arts and Letters pre-health. “And I’m so grateful for the resources the University has provided us — the funding, the performance and rehearsal spaces — to be able to do this. It really showcases how students are able to fully pursue their passions during their undergraduate career at Notre Dame.”

At their meetings, students present their progress on various pieces to the group and receive valuable feedback from their fellow composers.

“We really want to foster a culture of support and mutual encouragement,” Tang said. “And just being in that atmosphere and being able to familiarize ourselves with the styles of other composers has been really beneficial, because part of being a composer is constantly exposing ourselves to music written by other people.”

The consortium also benefits the department as a whole, Liberatore said.

“When you have a healthy contingent of student composers, it elevates the whole music program,” Liberatore said. “Because when students are writing their own pieces, they’re recruiting performers, building connections with one another, and learning how to interact with other professionals — and it tightens the whole community. It also teaches students how to organize concerts and promote their own work.

“It helps our students develop skills and relationships that will perpetuate well beyond their years here.”

“When you have a healthy contingent of student composers, it elevates the whole music program. Because when students are writing their own pieces, they’re recruiting performers, building connections with one another, and learning how to interact with other professionals."

Originally published by Carrie Gates at al.nd.edu on April 11, 2018.