Cellist Alex Mansour '19 was selected out of an estimated 400 students who auditioned for the New York String Orchestra Seminar. 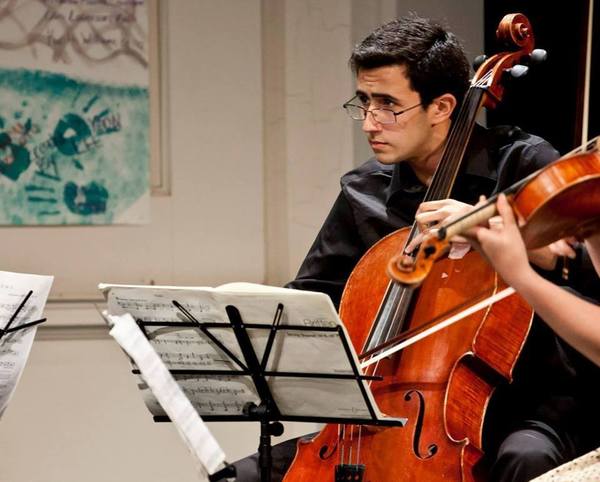 Now celebrating its 45th season, the New York String Orchestra Seminar brings some of the nation’s most promising young musicians together for an intensive workshop culminating in a gala performance at Carnegie Hall in December. Alumni of the the Seminar have gone on to play in orchestras around the globe, taken teaching roles in conservatories, and had active careers as soloists, among them cellist Yo-Yo Ma.  Founded by legendary violinist Alexander Schneider of the Budapets String Quartet and currently led by violinist Jaime Laredo, the program offers outstanding high school and college-aged string and wind musicians the chance to work with some of today’s foremost artists. Seminar participants are introduced to a musical philosophy that emphasizes self-expression beyond technical mastery.

In addition to his cello studies at Notre Dame, Alex also studies music composition, performs jazz piano, and is pursuing a second major with a concentration in film production in the Department of Film, Television, and Theater.