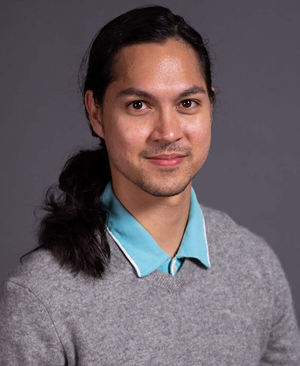 Music theory and performance are often thought of as separate — you study the structures and history of music, or you master an instrument or your own voice.

For Andrew White ’12, a doctoral student at the University of Chicago who studies how pianists practiced their instrument in the 19th century, putting the two together is “very intuitive.”

“It has a lot to do with having a clear idea in your head of what you think music is,” he said. “If you think of music as something that’s put together in the mind of an artist, from different pieces that this artist is seeing and borrowing and remixing, then music theory and performance become a lot easier to merge.”

White was able to make the two work in tandem at Notre Dame, where the Department of Music offers a unique blend of music performance and theory, allowing its majors to concentrate in either or both.

His theory courses were wide-ranging, he said, while an intensive sequence of music history courses came in handy during his comprehensive exams at the University of Chicago.

“They were asking questions about music history, and I was able to draw on everything I had learned,” he said. “I’m very lucky to have had that.”

“If you think of music as something that’s put together in the mind of an artist, from different pieces that this artist is seeing and borrowing and remixing, then music theory and performance become a lot easier to merge.”

If traditional music theory is about “what’s on the page,” White says, performance — which in Notre Dame’s curriculum involves studio lessons, ensemble participation, and a senior recital — “allows you to see the nuances that are not accounted for on the page.” White wants his music theory to address these nuances too.

His main focus is on physical techniques and patterns. But these nuances of performance could mean a 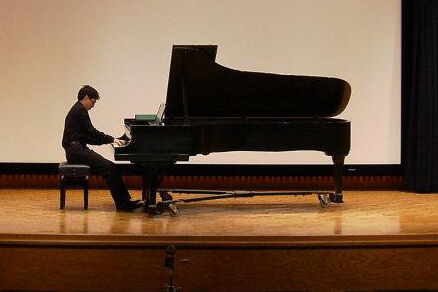 White, performing at the Snite Museum of Art’s Annenberg Auditorium in 2012.

nything from the etiquette and social behaviors of music, like pausing for a moment at the end of a piano piece with your hands hovering above the keys, or aligning the physical and emotional aspects of playing piano.

“It’s a lot like physical therapy,” White said. “You get prodded in the shoulder, and you didn’t realize you were holding all that tension in there. The way you feel afterward is so different. It’s not just a physical experience; it’s a very emotional one too.”

Some performance classes involved White, professor of piano John Blacklow, and a small group of students playing through pieces and offering critiques.

The critiques were “never the way you think it’s going to turn out,” he said. “The things they like, you probably never realized were good before, and the criticisms that you get are surprising and helpful, and you never would have thought of them.”

White spent his junior year studying abroad at Oxford University before completing honors requirements in his theory and performance concentrations. He continued his performance education with a master’s in piano performance in New York University, working with well-regarded concert pianist Marilyn Nonken.

The role of improvisation

He has returned to music theory for his doctoral work at the University of Chicago, where he studies the role of improvisation in piano practice in the 19th century and the relationship between musical structure and skill.

At that time, the way music was conceived of and performed was shifting. Until the early 1800s, performing a piece meant understanding the basic structure of it and using one’s own skill to fill in the rest. But with composers like Beethoven came the idea of learning entire compositions note by note, a way of playing music that persists today. 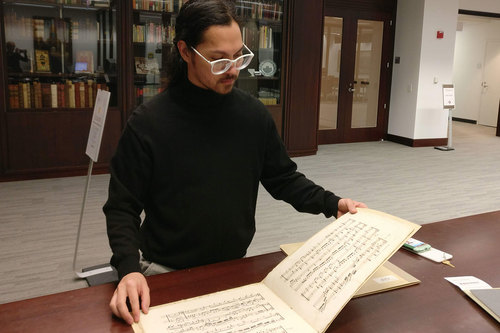 White studying a composition in the University of Chicago’s Special Collections Library.

This tension, White noticed, was apparent in the way piano was practiced and taught. For example, Austrian composer Carl Czerny laid out short passages for budding pianists to play through while also encouraging them to vary the accompaniments and melodies and transpose the passages into different keys.

“These improvisatory practice passages come up with other pedagogues at the time,” White said. “You just have to look for it. For the longest time people weren’t looking for it. They would see these practice passages and say, ‘These are exercises for beginners.’”

White, who often visits campus as a member of the DeBartolo Performing Arts Center’s advisory council, says his music education was comprehensive and well-rounded, from the lectures in theory and history to learning organizational skills through piano performance.

“It’s not just, ‘I’m going to memorize this sonata without a plan,’” he said. “My experience at Notre Dame taught me to have a very detailed plan of what you need to do, break apart projects into smaller chunks, and use your time wisely day to day.”

Originally published by Emily McConville at al.nd.edu on February 14, 2019.