Returning to the Notre Dame campus this past August invoked many different feelings for Brandon Hollihan, who graduated with a BA in Vocal Performance in 2005.  But as he begins his doctoral studies in choral conducting as a part of the Sacred 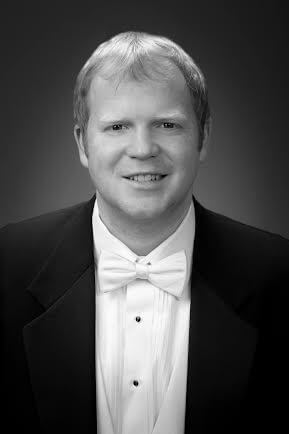 Music Program, he knows there’s no other place he’d want to be.

“As many alums would tell you, you always feel like part of the Notre Dame family, no matter where you go in life,” he says.  “That’s such an advantage our school has in making personal and career decisions, and it’s so energizing to see the great things happening here in music.”

Brandon’s undergraduate studies gave him a myriad of opportunities for performance, and preparation for his continued education and subsequent professional life in music.  He sang with the Notre Dame Chorale and had roles in four Opera ND productions, including Monostatos in Mozart’s The Magic Flute and the Sorceress in Purcell’s Dido and Aeneas.  He went on to earn dual Master’s degrees in Vocal Pedagogy and Choral Conducting at The Ohio State University, and then immersed himself in church music and music education in Columbus.  Prior to returning to Notre Dame, he was the choir director and organist at Northwest United Methodist Church, and taught instrumental and vocal music at high schools in Columbus City Schools, developing the skills of highly diverse young adults in an urban setting.

“Music is one of the unifying forces we have in our culture,” says Brandon.  “Much like sports, there is a sense of belonging and ‘teamwork’ in a musical ensemble.  Students gain a feeling of identity by being in a school’s music program and this can have enormous benefits on their academic and social outcomes.  I’d see friendships start in choir or band and continue through four years of high school.”

After earning his doctorate, Brandon hopes to begin his career in higher education while also maintaining a ministry in church music, in which he has found passion and fulfilment for eleven years.