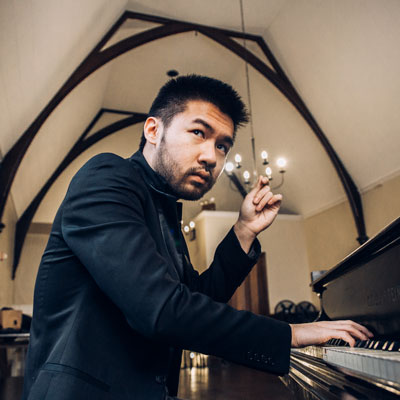 Conrad Tao has appeared worldwide as a pianist and composer. Cited last season by The New York Times as “one of five classical music faces to watch,” Tao is a recipient of a prestigious Avery Fischer Career Grant and was named a Gilmore Young Artist—an honor awarded every two years highlighting the most promising American pianists of the new generation. His recital launches our renewed commitment to the presentation of leading soloists and small ensembles.

Co-presented by The DeBartolo Performing Arts Center. Made possible by the Sharon A. Devine Endowment for Excellence.